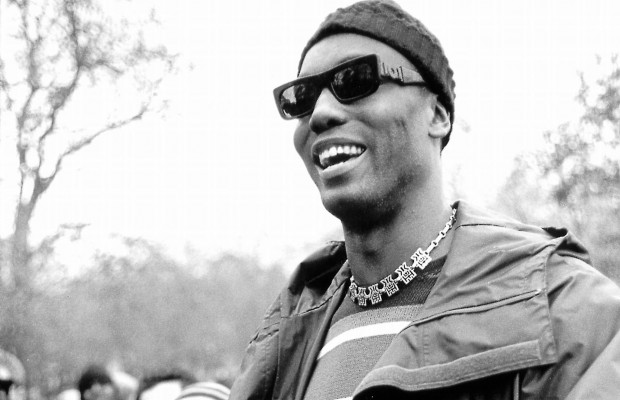 Ishmahil Blagrove, writer and film-maker, has been speaking in Hyde Park since he was “a bone fide hood rat,” menaced by police brutality and skinheads in the 1980s. He was bright at school and gifted at poetry, but was not pushed academically. Still, he did “several PHDs” at Speakers’ Corner. Roy Sawh’s “forensic knowledge of history and politics” coupled with fierce wit, inspired Ishmahil to learn more. He describes Speakers’ Corner as “his office,” where he made his first publishing contacts and other connections. He describes the shift in his philosophy from “black power” to an internationalist perspective espousing solidarity with diverse groups. He talks about the theatrical element of Speakers’ Corner. Ishmahil’s Hyde Park alter ego smokes, while Ishmahil does not. Ishmahil earned his “undergrads” by heckling the pinstriped, cane toting newspaper vendor, “Lord Barker.” For Ishmahil, the racist Barker was strangely likable, because he too was performing: “his character represented that [racist] element of society.” At Speakers’ Corner, “the bare knuckle fight of the oratory world,” hecklers are “the gatekeepers” who the speaker must master.

“A lot of black people used Speakers’ Corner, d’ you know what I mean. It was a political space it was a space to talk and Roy dominated that space. Roy had made that tape From Where I Stand and one day me, my sister and her boyfriend, I can’t even remember where we were coming from, but her boyfriend had the tape, and stuck it in the car. So we’re in the car in stitches, absolute stitches creasing up as though we’re listening to any Chris Rock or any sort of contemporary comedian d’ you know what I mean. And also being educated at the same time not just being educated but also empowered because here’s Roy Saw telling white people where it’s at, talking about the American Empire. D’ you know what I mean, and so we felt empowered as black people d’ you hear what I’m saying because Roy Sawh spoke up d’ you know what I mean! You know and you can hear him cursing out white people.”

“You never know who is going to be in the audience, the audience is always open. It’s an international forum you don’t know what point of view you are going to encounter. I’ve been speaking at the Corner since before the Gulf War started and so you see where as the wars change people’s point of view and everything else. I remember at one time I was at Speakers’ Corner talking about Halabja, you know what I mean, where Saddam Hussein gassed 5000 Kurds and someone pipes up I was from Halabja. I was there a-boo-boo and then describes and then you give them the space, they begin talking about what it smelt like. He said ‘It smelt like sweet apples.’ So you have these real experience from someone who was in Halabja, he was a young kid who was there at the time, I think he was about nine or ten.”