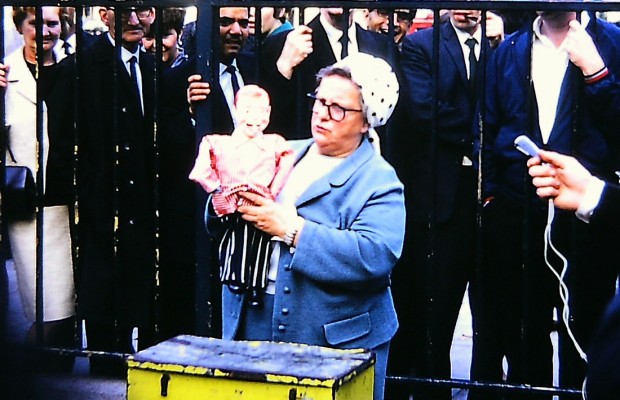 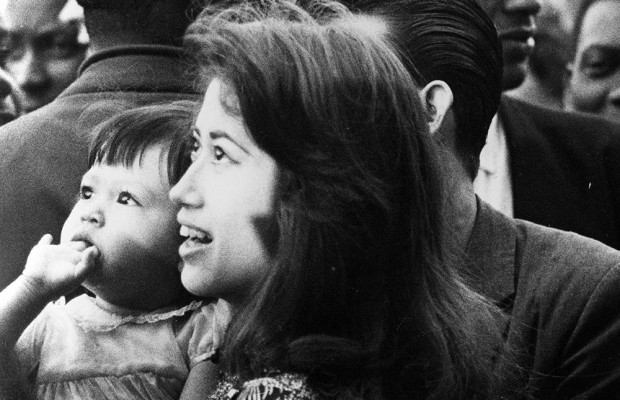 Children in the crowd © Socialist Party of Great Britain 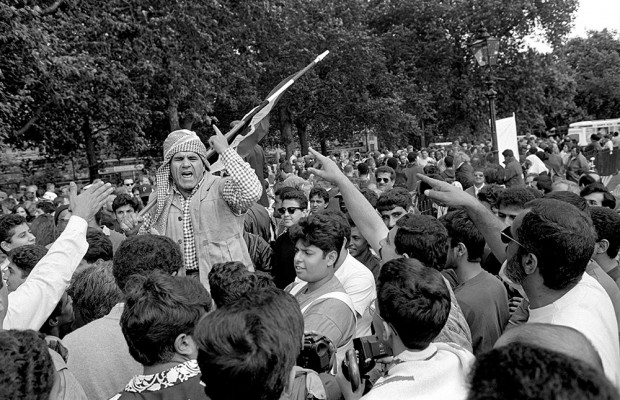 Each generation puts its own emphases on Speaker’s Corner; each visitor sees it afresh: as a place where grownups misbehave, a free university, an old time variety show, a political forum, an open-air lunatic asylum, a bout of bare-knuckle boxing, a market place of ideas, a fellowship of controversy, an international forum, a game of chess. All are struck by the intensity and eccentricity of face-to-face debate between people of all walks of life who could never meet anywhere else.

Audio clips about the place

“In a way, I like to think it is unique. There's something rather special about that you know. To think that you've been part of something that you're not likely to see again in your lifetime but that you wouldn't have missed. The sense of spontaneity, the fact that you go down there and you're not sure what's going to happen. It’s just unplanned. Suddenly, something will take off. You'll hear a voice on the other side of the corner - I'm not talking about nowadays but when it was in its heyday - and you'd see a crowd surging in one direction and that would really give me a buzz.”

“It was like a Roman standing up and declaiming and we don’t do that in England. It’s just not something common. The abiding impression was that a lot of these people, as I saw it as a child, were being quite naughty. It was almost as if they were misbehaving. I hadn’t particularly experienced that volume or level of commitment to a theme. There were very few places that you could go as a child where somebody would just launch forth in that way. And so, it was a bit of a surprise really to see these grown ups who’d carried a chair with them or a set of steps or a stool, brought it with them deliberately to stand on and then rant. And I found it both funny, but also I was a bit shocked really I think as a youngster, ’cause grown ups ... People have to remember back to that period, we were very conformist. People in the ‘50s behaved in a way that was expected of them. People didn’t do anything that was unexpected, in fashion, in speech, in behaviour, people were not inclined to be individualistic. The growth of individualism really developed nearer to the ‘60s than to the ‘50s.”

Leslie Griffiths (Methodist and speaker in the 1980s)

“I mean if you read the Act of Apostles, Chapter 17, and you read St. Paul going to Athens where every conceivable school of thought had put out its stall and was trying to get people interested, whether they were Stoics or Sceptics or Heracliteans or Epicureans or whatever they were, you know, it just felt like that, it felt like a marketplace for ideas. And just as you’d go to a marketplace and turn things over and see if you like them or not, so you could move around from one place to another, and that was one of the features of it.”

“You never know who is going to be in the audience, the audience is always open. It’s an international forum you don’t know what point of view you are going to encounter. I’ve been speaking at the Corner since before the Gulf War started and so you see where as the wars change people’s point of view and everything else. I remember at one time I was at Speakers’ Corner talking about Halabja, you know what I mean, where Saddam Hussein gassed 5000 Kurds and someone pipes up I was from Halabja. I was there a-boo-boo and then describes and then you give them the space, they begin talking about what it smelt like. He said ‘It smelt like sweet apples.’ So you have these real experience from someone who was in Halabja, he was a young kid who was there at the time, I think he was about nine or ten.”

“A game of chess”

Abdurraheem Green (speaker on Islam and international politics in the 1990s)

“There’s definitely spots in Speakers’ Corner that are better than others. And choosing the right spot is an important strategy, because it’s sometimes a little bit like a game of chess there as well, alright. Because you have your usual speakers and it’s like sometimes we’d position ourselves against each other. You know, sometimes there’s a sort of truce. But especially with Christians and Muslims, sometimes it is very confrontational. And sometimes the Muslims are specifically attacking a Christian speaker. Sometimes the Christians are specifically picking on and attacking a Muslim speaker. Sometimes you will set up in a certain place and the Christian will stand right beside you, just to disrupt you. His purpose is not- he doesn’t care, you know. He can’t talk. It’s just like, ‘Jesus! Jesus! Jesus!’ But it doesn’t matter, because the purpose is disruption. And that’s upsetting, but that’s part of the game, I suppose you say.”