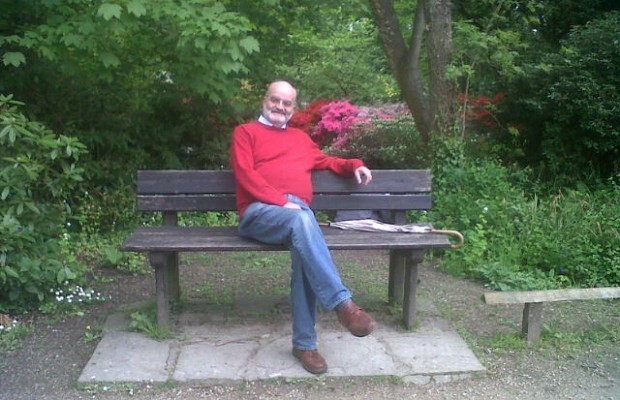 Reinhard Wentz first visited Speakers’ Corner as a student in 1960. He became a dedicated regular and sometime heckler from the mid 1960s, undaunted by xenophobic put-downs like: “We have Domestos, which kills 95 per cent of all known Germans.”  He says it is hard to make generalisations, because Speakers’ Corner is “not a homogenous institution organised by a committee or by directors.” It works because there are no rules. Reinhard has created an encyclopedia of this unique place, entitled Only in London with entries on enticing subjects like Ras Prince Monolulu and Lady With the Cakes. Hecklers and speakers have a symbiotic relationship, he says. An increase in tourists and decrease in witty topical hecklers means that speakers get away with repeating the same jokes, but debates on the fringes are still going strong.  Reinhard’s law is: the mystique of Speaker’s Corner cannot be understood in one visit. Do not be put off by a dull or rainy day!.

“The fact that I'm going there regularly, obviously shows that I benefit from it. It must be. And, listening to conversations, joining them, starting conversations with complete strangers is fascinating. I'm an atheist so when I'm in a religious meeting, then, ‘Oh, you atheists, you're terrible.’ So a standard question is, ‘Aren't you worried what happens when you die?’ No, no, no, no, no. When I die, and I go up to heaven and reach the pearly gates, and see that there actually is a heaven, and St Peter will block me, I would ask St Peter, ‘Just speak with the boss, or his deputy, Jesus Christ, and tell him Reinhard is at the gates. He always tried to be a good person, but he didn't find the evidence that you exist. I see I’m wrong, but God won't mind. God is all-forgiving, so I have no problems with the idea of being wrong.’ Such conversations you can have.”