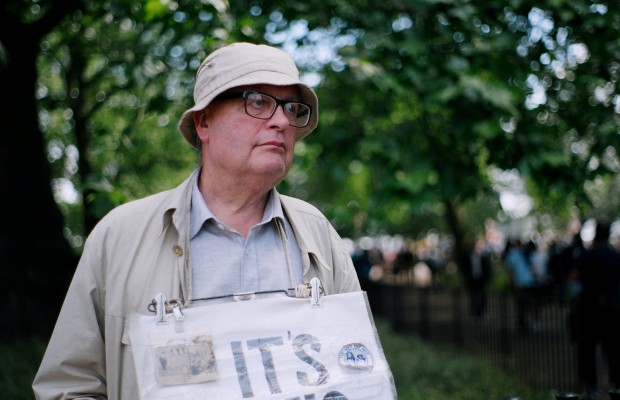 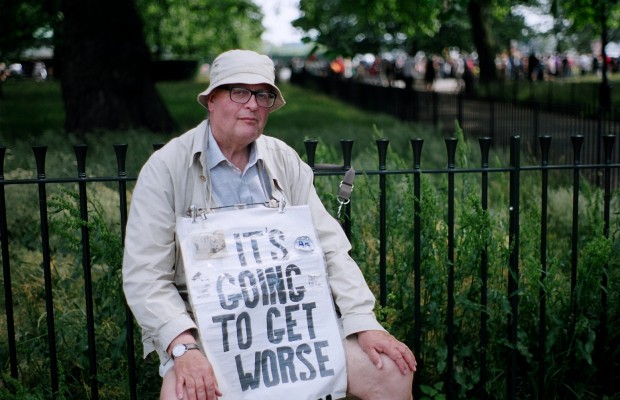 Bob Rogers stumbled upon Speakers’ Corner as a teenager, and was intrigued by the “babble of voices.” At that time, Speakers’ Corner was a refuge for people “whose lives had been disturbed and disorientated” by the Second World War, homeless people and those with mental health problems. Bob talks about nineteenth century protest movements which led to a qualified right to free assembly in Hyde Park, including the accidental burning of the Reformers tree. He vividly evokes Joshua “the wild man,” Barry Roberts in his “Vlad the Impaler” period, Peter England and the sexual innuendo of Nigerian Jimmy. Bob commemorates his friend, Norman Schlund, a homeless ex-serviceman, who started speaking to overcome a stammer. Norman was “essentially talking about nothing” but he combined it with eloquent gestures, using his enormous hands, feet and expressive face to great comic effect. Norman often said: “Appearances up must be kept.” Bob describes the military regime required to “up-keep” them, including sleeping on nightbuses, waterproof trousers and wrapping basin washed socks in newspaper. Bob also explains the origin of his laminated news clipping sign that he wears at Speakers Corner: “It’s Going to Get Worse” and his enjoyment of speaking to people from diverse backgrounds.

“It has the reputation as being the largest open air lunatic asylum in the world, and that’s a big claim. But, it did facilitate people whose lives perhaps had been disturbed and disorientated by the war. And all the time at Speakers’ Corner that I knew it those early days and until quite recently, there was a underbelly of people who went to Speakers’ Corner like I do because it’s there. And, it was a place where they could meet other people and talk and have a coffee and a sandwich from the little old tea parlour, which is still there to this day although now run as a franchise. People signified a lot in those days because you saw them there regularly. They became well known to you and two of the people who, I suppose each in their own way deserve a medal, were the two women who ran the tea parlour in those days. It does seem a long time ago in a way. One was called Rita and the other was called Rose. And Rita was an Irish women. Rose was of West Indian origin. And they probably saved quite a few lives because amongst these people, the soft underbelly as it were, were a lot of people who were homeless, who had mental health problems, and some people were starving and a sandwich or two given out at the end of the day and a cup of tea or coffee for nothing probably saved a few lives.”

(Bob was friends with Norman Schlund, a great entertainer who slept on the night buses).

“There was a time when I had certain problems, personal problems and it was a great relief to be able to escape from the conventional world and take my place in the world of the users of the night bus services. Because a lot of people who were homeless used the night buses. And Norman was somebody whose appearance would bely his homelessness and I must emphasise this, you wouldn’t realize that he was a homeless person. So Norman would plan his nights, and so for example, when I joined him we might leave the Victory Services Club round about midnight, we would saunter out into the street and we would get a night bus which would take us to Trafalgar Square. And we would get another night bus which would take us, let us say, to Uxbridge. It would be about two o’clock, two thirty in the morning, and, we would then go for a walk. We would walk for half an hour in one direction and we would come back half an hour in the other direction. We would get another night bus from Uxbridge bus station which would return us to Trafalgar Square and we then might either walk or take another night bus to Smithfield meat market. This again was at a time when Smithfield meat market was much, much busier and active than it is today. And there we would regale ourselves, not in one of the smart pubs or bars which exists today for today for the office workers, but in a much more down to earth greasy spoon type establishment, probably ran by a couple of Italian brothers let us say, or family, where you would have a wad, slice of bread and, a mug of tea.”

“Get on his soapbox”

Bob speculates about the origins of the phrase

“The soap boxes would normally be used in middle class homes and above, and the working man on a day to day basis wouldn’t necessarily have a soap box at home to which he could conveniently carry out. Looking at the records that are available, it seems that soap boxes had various uses, one of which was to make coffins for babies whose circumstances of death were highly suspicious. So the newspapers would report that a soap box had been found at the rubbish dump and it had been opened and found to contain a body of a small child. Small children liked soap boxes because they could knock a hole in them, tie a piece of string and drag them around as toys. But, the use of a ‘soap box’, in the terms where you say somebody is on his soap box again, is quite fascinating… I have come across, and it’s the only reference I have come across, to this oblique association of the soap box as the sobriquet of a barber. And very simply this article, which is entitled The Last Perruquier and was written in the 1850s in a magazine, describes, it starts with the words, ‘Now is the perfect opportunity for the soap box.’ Because, once the barber started to lather his customer, his client, in order to shave him, the client couldn’t say another word until the operation was over. And the person who did all the talking was the barber. And, barbers even had barber shop quartets. They would sing whilst they were working. And so whilst you were being shaved the barber had the floor to himself and he could bore you to death with tales of his mother’s in law’s intestinal or gastric problems. Or, the fact that Queen Victoria wasn’t seen much these days while she was in mourning for Prince Albert. And … I rather feel that it wasn’t so much- because when you look at most of the photographs of people speaking at Speakers’ Corner they’re not standing on soap boxes. They’re not standing on boxes. They’re standing on ladders.”