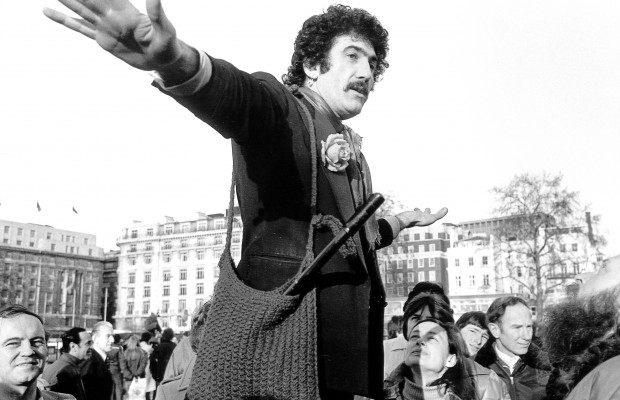 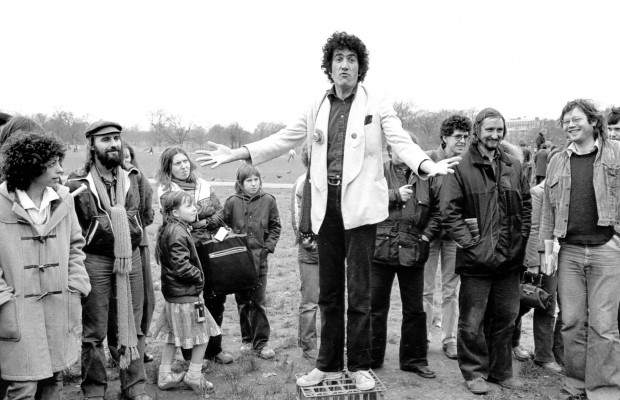 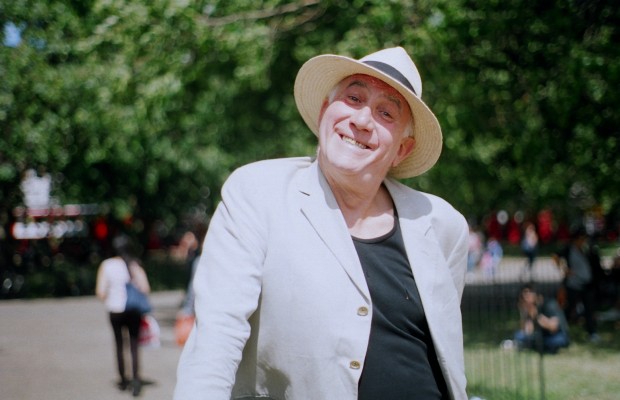 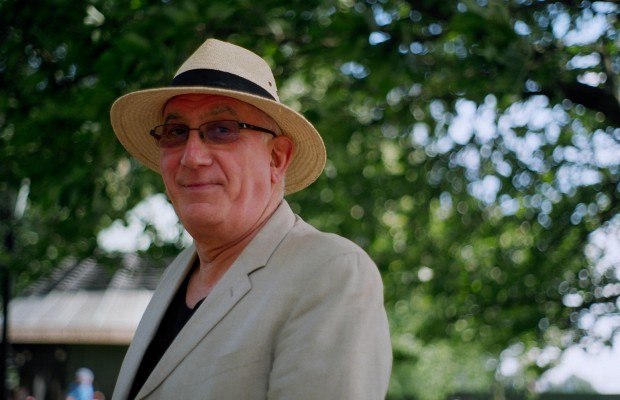 Tony Allen arrived at speaking via anarchist politics and the West London Theatre Workshop; an agitprop group. He was already aware of Speakers’ Corner as “a way of educating yourself” and heckled there throughout the `70s. Heckling determines a controversial style of debate, he says, but it can also simplify the argument and lead speakers into repetition. In his first speech in 1978, as “an anarcho-feminist,” he was arrested for swearing. The difference between acting and performing is crucial; on the soapbox you perform but you are in a version of yourself, not a character. He started the Ruff Tuff Cream Puff Estate Agency for Squatters with author Heathcote Williams and devoted much of his early speaking to defending his alternative lifestyle. Over the years he has cut down on rhetoric and now goes to chat and learn from his audience. He believes the crowds have dwindled because of noisy rock concerts in Hyde Park and is disappointed that Speakers’ Corner does not have “the vitality it promises.” Tony also talks about “advocate heckling” on behalf of people who were “too shy or lazy” to heckle themselves.

“The culture of Speakers’ Corner is to heckle. And I mean, there’s no other forum like Speakers’ Corner. I mean where you’ve got an audience that are browsing really, that can just move away at any time, because there’s another speaker within yards. And that audience is hosting sort of snipers, who will make a few remarks and then they’ll move on. So they’re completely unaccountable.”

“‘Anti dependent’ which is a favourite phrase of mine. He defines himself by what he’s against, which a lot of people do that, especially at Speakers' Corner. Well there’s dependence, which we understand what dependence means, you can’t live without something else. And then there’s independence, which is a state of grace we all aspire to, and there’s anti dependence which a lot of anarchists think is independence but it actually isn’t, they’re defining themselves by what they’re against. They’re against the police and the state and the corporate yadda yadda yadda. And that’s why I turned my nose up when you started talking about racism, ’cause so many people define themselves by being against the fascists and against the racists and there’s a lot more going on than just that.”