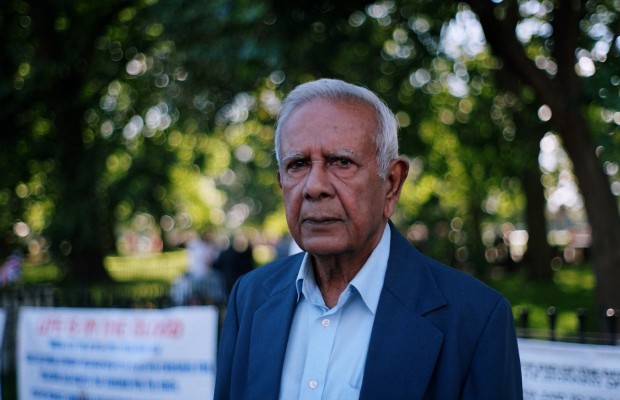 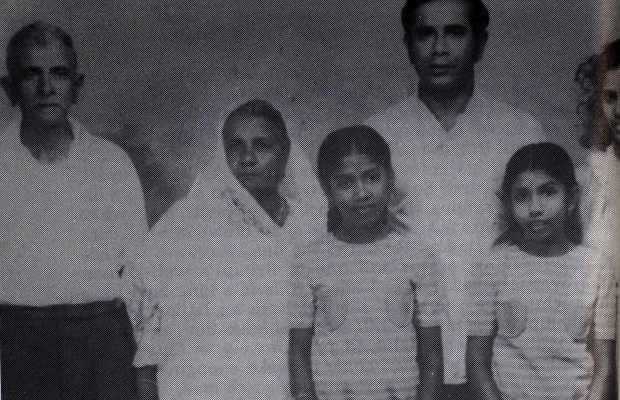 Roy Sawh with his children and parents, 1971 © Roy Sawh 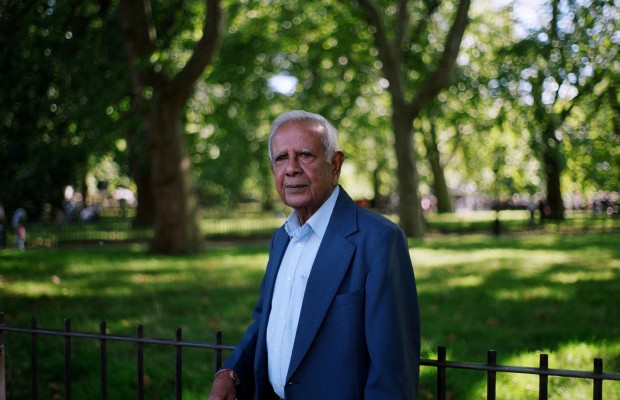 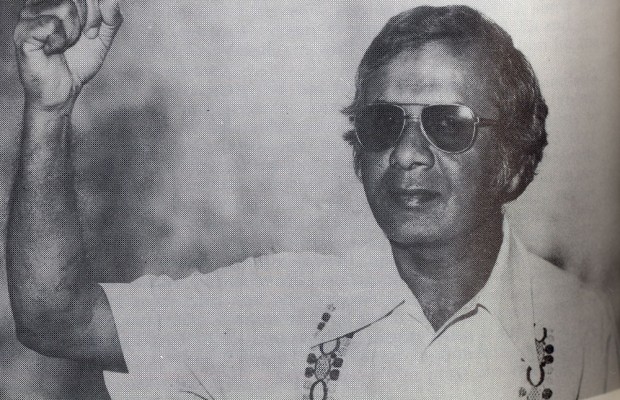 Roy Sawh was born on a sugar estate in Guyana (then British Guiana), “the next thing to slavery,” which galvanized his fight against racism and injustice. His Indian-born father was indentured to the plantation at the age of six; Roy and his siblings worked there too. He worked at the Cumberland Hotel in Marble Arch, and in 1958, he stumbled on Speakers’ Corner by chance. He was fascinated by the Coloured Workers’ Welfare Association, and the next Sunday, he asked to speak on their platform. He was greeted with “go home you bastard, Ghana is independent.” Undeterred, Roy spoke about racism, immigration and the history of the British Empire for the next 30 years. Roy actively sought dialogue and appreciated hecklers for their humour value. In 1968, he was sentenced to twelve months in prison after police and magistrates interpreted jocular speeches as “inciting violence” under the 1965 Racial Discrimination Act, which was intended to protect minorities. Roy also describes his time in the Communist Party, studying philosophy in Moscow, two stints in the Guyanese government, setting up the Free University for Black Studies in London, and his Hindu mother’s belief in the value of education.

“My motivation came as a result of the injustice that I had encountered when I came here. The racism, the prejudice and then remembering my background I came from a sugar estate where when you see white people you take your hat off to say yes sir no sir. All your lives your destiny was controlled by white institutions. And I think that was what- and because of my own personal experience I think that was the motive and that was what was the driving force in me. To change it. To either change it or you accept it I was not prepared to accept it and that was the motivation I think. My background probably has a lot to do with it. I can’t stand injustice, I can’t stand, you know, seeing people being taken advantage of because it’s wrong. Morally, physically, and therefore, yeah, I suppose I’d do it all over again.”

“Speakers’ Corner was a good idea, was a good example of how you can articulate your cause, people listen. But you have to have something to say. Not only do you have to have something to say you have to be humorous to keep your audience because no one will stand there for three hours and listen to anybody, you know, not even me. So you had to find some humour within the speeches you were making. I mean, I’ll never forgot one day somebody said to me, ‘Oh why don’t you go home? You know, you came on the banana boat why don’t you go back on the banana boat’ and I said to him, ‘Look my brother, I didn’t come on the banana boat I go home by British Airways and when I was in my country I saw British Airways and it says B O A C. To me I meant British Overseas Asian Carriers I saw it and so I came.’”