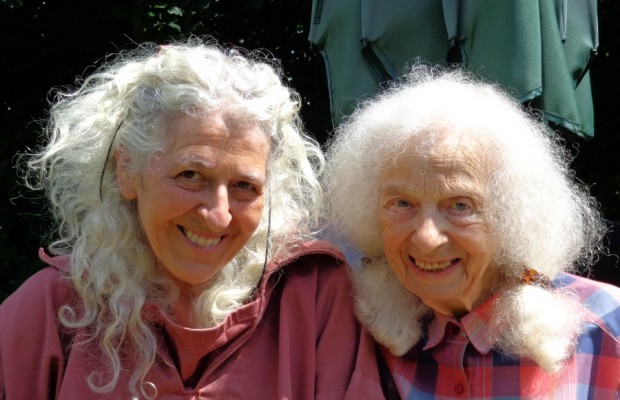 Jean Saunders’ mother Sharley McLean took Jean and her brother to Speakers’ Corner as small children in the 1940s and 1950s, often treating them to rum baba afterwards. Even then, she found some of the speakers charismatic, especially the anarchists. Philip Sansom and Robert Ogilvie were her favourites. As a teenager, Jean got involved in left-wing politics and the Campaign for Nuclear Disarmament (CND). She went on Aldermaston Marches and anti-Vietnam war protests. At fifteen she started visiting Speakers’ Corner independently, bringing her then boyfriend Jim Huggon along who later became a popular anarchist speaker. Jean loved the free and easy interaction: “You could just walk away when you’d had enough, or you could set up your own little crowd of people.” It was a great place to make friends with people who shared her politics. Jean stopped going in 1969 when she left London and got more involved in the environmental movement. She has fond memories of Speakers’ Corner and believes it helped taboo subjects become mainstream.

“The only thing I can compare it to is a bit like being in the pub. I think pubs are wonderful places in that you can go along and you can have a chat to people that you wouldn’t spend any time as friends with. You can pass the day with people and you can talk to people that you might have nothing in common with and you can walk away. And that was the nice thing about Speakers Corner. It wasn’t like somebody coming round your house and people having a discussion, it was very free and easy and the fact that you could just walk away when you’d had enough, or you could set up your own little crowd of people and talk and that would often happen. You’d have a big audience and then you’d have a little satellite of people on the edge because someone had asked a question and another group of people want to get talking about that particular thing. So you never knew where it was going to go. From that point of view, yes it could be described as street theatre.”

Jean describes her abiding memories of Speakers’ Corner
“Meeting like-minded people in an atmosphere where anything went, so people were free to express an opinion which you didn’t necessarily have to agree with but can respect other people’s opinion. And my dislike of religious groups really, though that’s the negative side. I just didn’t like the people that were spouting in the name of their God.”