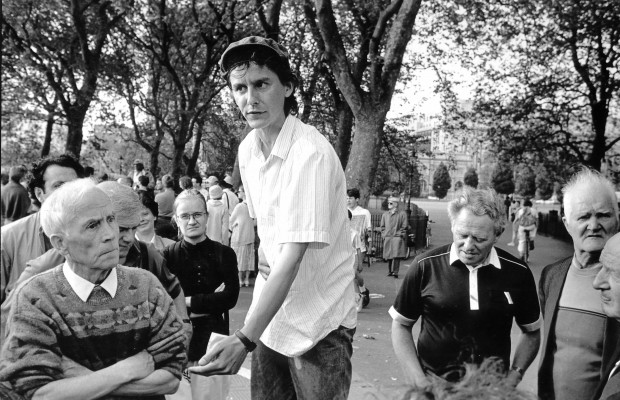 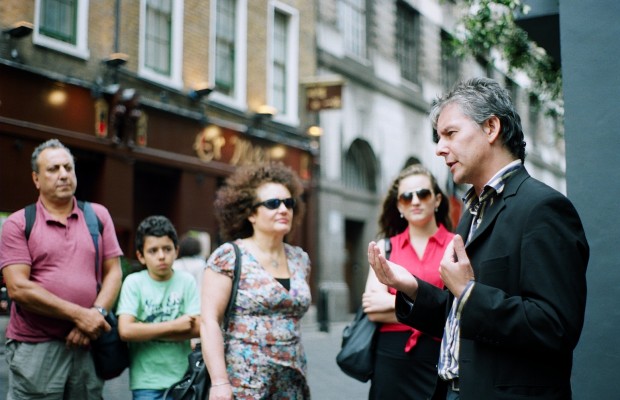 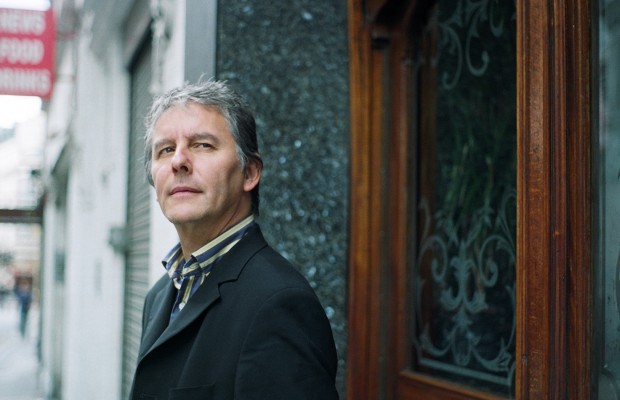 Heiko Khoo joined the Labour Party Youth at seventeen. While studying at Portsmouth Polytechnic he spoke at street meetings, for which he was once arrested. His first memory of Speakers’ Corner is from his Malaysian-Chinese father’s shoulders, aged three or four, watching a Marxist speaker with a red scarf. In 1986, he ended up on a similar platform. He used the Tory hecklers’ stereotypes about Communism in his performance, in order to undermine them. Heiko talks about his involvement in the East German revolution in 1989. In terms of political consciousness, he thinks, the fall of communism actually improved public thinking about capitalism’s place and its alternatives. Speakers’ Corner is “a second home” and “a community of the space.” Religious speakers there, he says, rely too heavily on “fire and brimstone” without argument; conspiracy theorists emasculate themselves by over-reaching; but he is not in despair about the public. His relationship to Speakers’ Corner is “more didactic than revolutionary” at the moment.

”Incarnation of the enemy”

“‘Course because the Soviet Union still existed at the time, people would attack me specifically on that one. ‘Why don't you go back to Russia? Why don't you go live in East Germany?’ and so on, which I eventually turned into a starting point of my discussion. So I would do the inverse, and that is, make myself into the stereotype of what people wanted to attack and then tried to undermine that stereotype. But first, by giving the impression of being the incarnation of that enemy. So that was the method I developed for a while at that time. I would say things like, ‘I want the Soviet Union to conquer Britain and their troops to march across England’. And then I would break that down, because then the Russian army would collapse and blah, blah, blah. But the idea not being to attack the Russian army, but to say that the idea that Russia was going to attack England was a stupidity because the Russian army in a physical sense, in a moral sense wasn't capable of establishing the rule over Western Europe that the stereotypical argument of the Western rulers made out. If I didn't say those things, people would have that in their mind. ‘He wants Russia to conquer us.’”

“You can’t come with a script”

“You can speak about any subject, it doesn't matter what the subject is, if you have a style of speaking or you have a patter that's engaging. And to some degree connects with the times, you can't just come with a script and assume it's gonna work, 'cause it won't. That script has to be played against the audience at Speakers’ Corner. But if you're prepared to work it, and play the audience with that script you can create a speech about anything, could be aliens, could be you know, philosophy, politics, history, sexism, racism, you name it. Anything you want to talk about, you can talk about.”